The 6 Coolest Things That Happened To Me Sophomore Year

This school year was a toughie! At times it felt like one big "sophomore slump," between hard classes and cold weather and dreary moments. But now that I've vanquished (okay, completed) my last exam of the semester, I wanted to take a second to look back on some of the silver linings of this sophomore year. Here are some of the things I'm proudest of from 2013-2014:

6. I took a philosophy class. 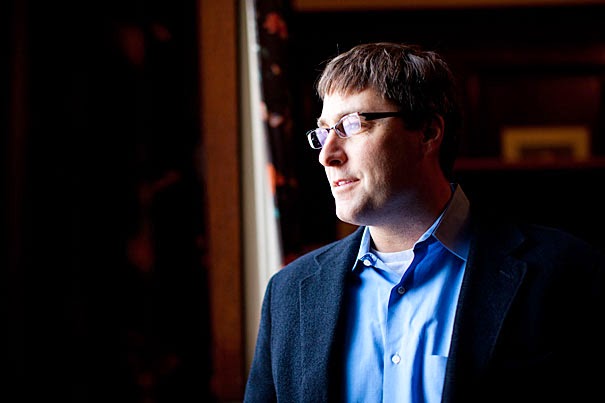 Who would have thought I would take philosophy in college before ever taking a college English class? I knew as soon as I shopped Professor Sean Kelly's Existentialism class this spring and added it to my schedule in place of the Shakespeare course I'd been planning on. It was most refreshing to be taught "heavy" stuff by a professor who was at once so brilliant and so down-to-earth, a trait it's been hard at times to find here. To have a class full of engaging "aha!" moments and many a lecture that eventually proved something simple like "the meaning of life can be love" (at least to me) is a blessing when you're occasionally an angsty college student who can't figure out where she's going and why.

5. I "starred" in a five-minute documentary. 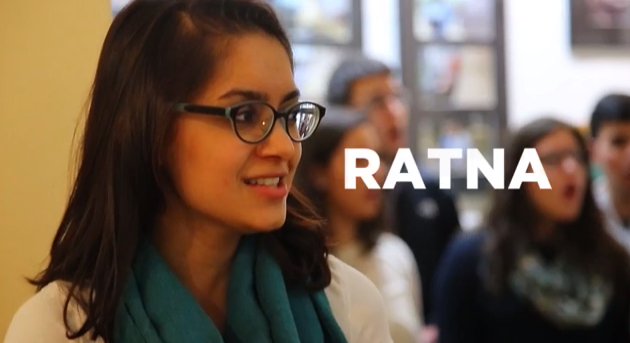 This heading makes me sound way more legit than I am. Basically, I was lucky enough to be recommended by a friend to be featured in one of the student profiles Harvard Student Agencies would put together as part of an app they developed this year with Microsoft, about the college admissions process. What this video project became for me was a beautifully put together mini-summary of this time in my life! What wasn't caught on camera, of course, was how I was often late to the very classes I was being filmed in, with no completed homework to boot. Through the project, I also got to know Lance Katigbak, a good friend and incredible photographer (see sari photo below) who transferred here from the Philippines. As of now, the video isn't public, but maybe if you ask me nicely...

4. I had a mandatory dinner with my best friend every week. 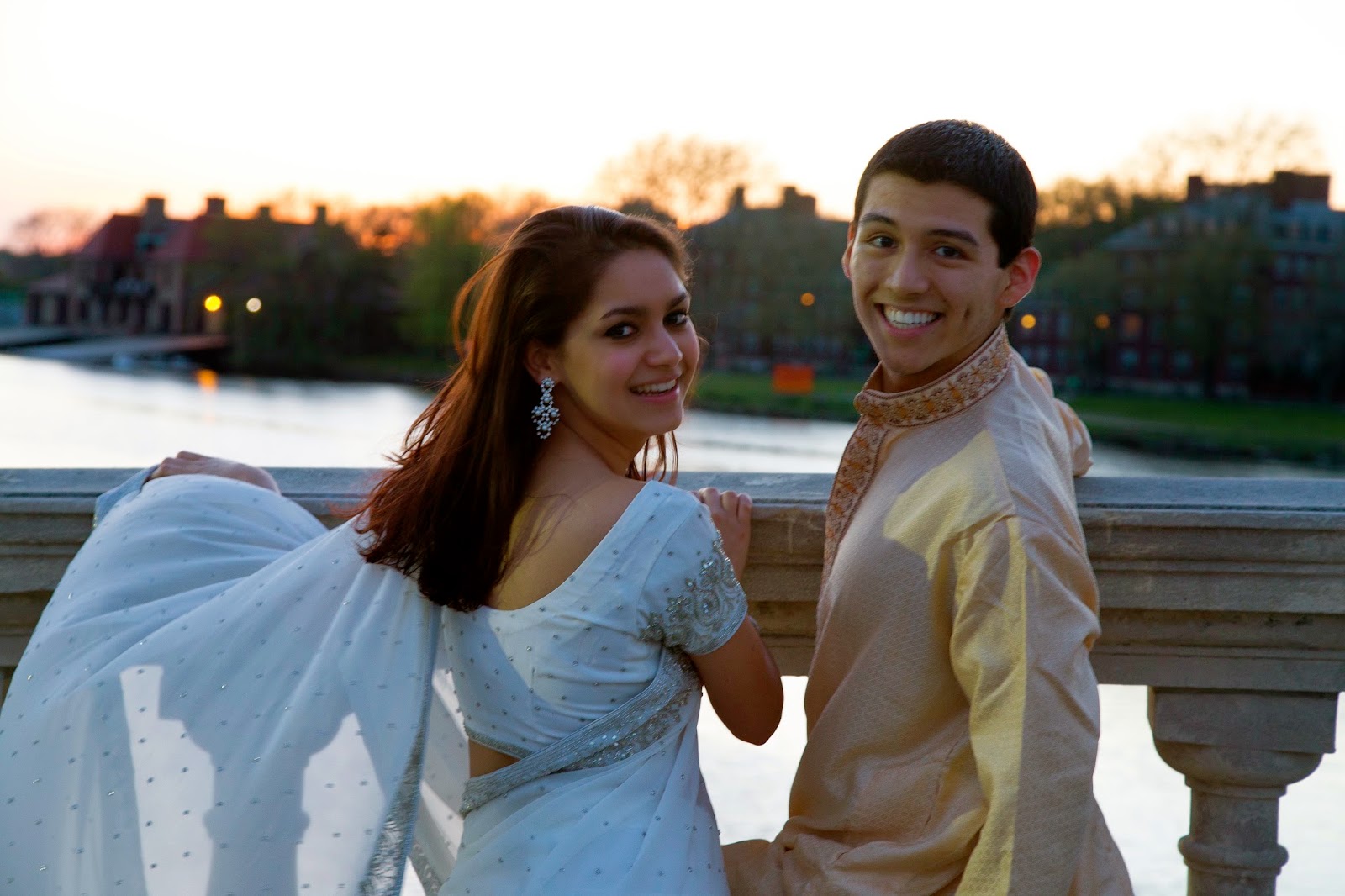 Early this semester, Javier and I realized that no matter how much we wanted to, we weren't going to be able to just be organically caught up on one another's life at all times, so: we made it official. No matter how crazy the weekend or long the day, Monday Night Dinner was the perfect way to tell stories from the week, organize our lives, make each other laugh, analyze poetry, take selfies, and do whatever else we did at this fun but strict weekly obligation. We certainly plan on keeping in place for the next two years (and hopefully beyond!).

3. I skipped the last week of classes and went to Korea. 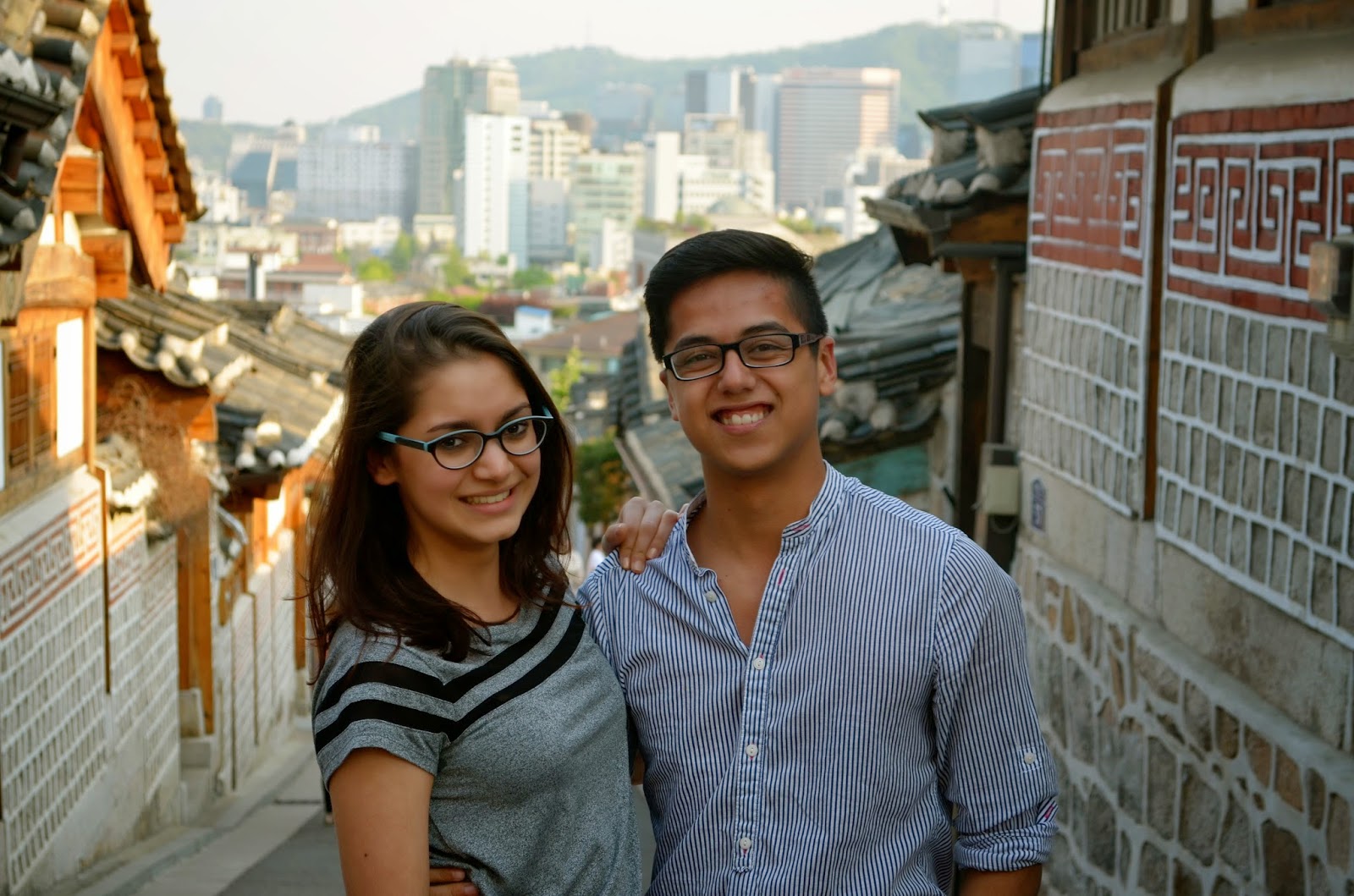 The one highlight of this year I can't leave out is our one-week sojourn in Seoul! Changing up the pace of student life so drastically before finals was a huge privilege. And of course, getting to be surrounded by the brilliant S&S network made up of amazing (and intimidatingly intelligent) humans from around the world was unreal. And I'll just continue to pretend I was unfazed by the hit my schoolwork took after this trip...


2. I got to work on a book tour for my favorite author's first book. 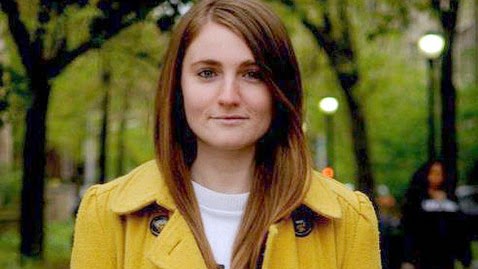 I truly do consider this to be the biggest "accomplishment" Harvard will ever deal me: I had the honor of participating in a book reading of The Opposite of Loneliness, the first published collection of fiction and non-fiction work by Marina Keegan, my literary idol. There is nothing more powerful than the written word to me, and the magic of getting to read it aloud is something else altogether. I wouldn't be able to describe the energy of the event in words, but I doubt anything else could come close...until they publish Marina's poetry, of course!

1. I wrote down my most memorable moment from each day. 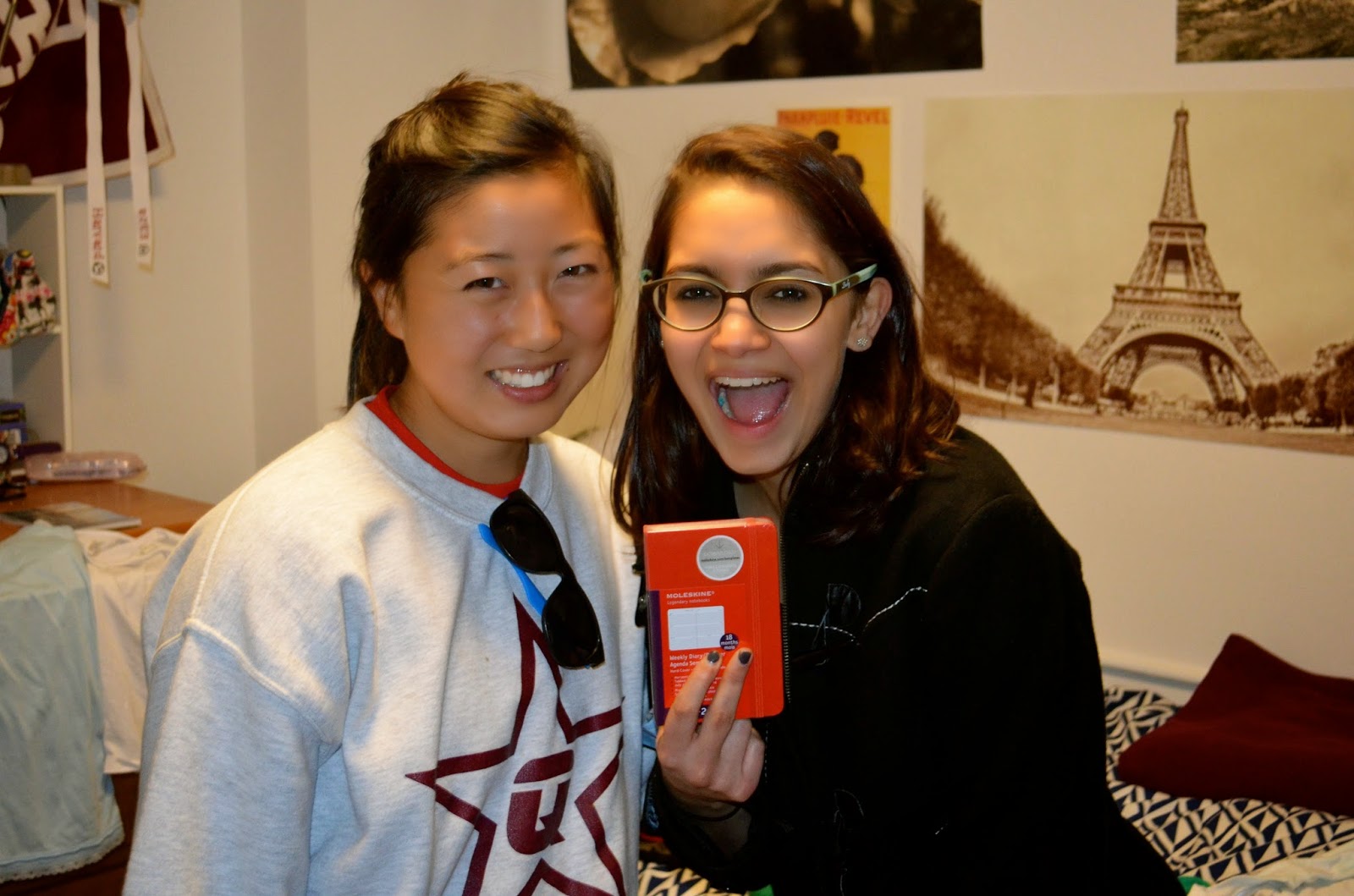 On my 20th birthday, my roommate gave me a daily calendar and an idea she'd read about: a journal where you write the most memorable/happy/interesting/cute thing that happens to you each day. It doesn't have to be long and it doesn't have to be significant, but it's a great alternative for people who don't have the time to journal everyday (or have given up their daily blog habits, ahem). I haven't skipped a day since November 2nd, and this little pocket notebook now provides me with a happy way to look back on this year, for reminders of moments as grand as the 5 I wrote about above...or as little as a smile or a hug or a postcard.

I talked to two of my friends at breakfast today about the importance of reflecting, and how little we sometimes do. What were the six coolest things that happened to you this year?
3 comments: 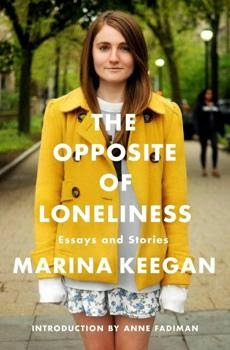 As many of you know, I've been lucky enough these past two years to get to know the family of one of my role models, Marina Keegan, and have been working with them on a literary tour for her first book, which was just released this April. Marina is an incredible poet, playwright, author, activist, and human who was killed in a car crash four days after graduating from Yale in 2012. Hundreds of people have flocked to book readings of The Opposite of Loneliness along the East Coast to get, just for a moment, a glimpse of what hearing Marina's words read aloud can be like. I was honored last Friday to be invited to be a reader at one of these events, and to read Keegan's essay The Opposite of Loneliness, which she originally composed as a commencement speech, and after which her book is named.

I was thankful to have a number of friends attend the event, and each and every one was struck by the power and pertinence of Marina's expression, which can be described by no words except her own. That is, you have to read Keegan to realize she understands how to phrase these things we all go through as humans, perfectly and with humor and poignance. 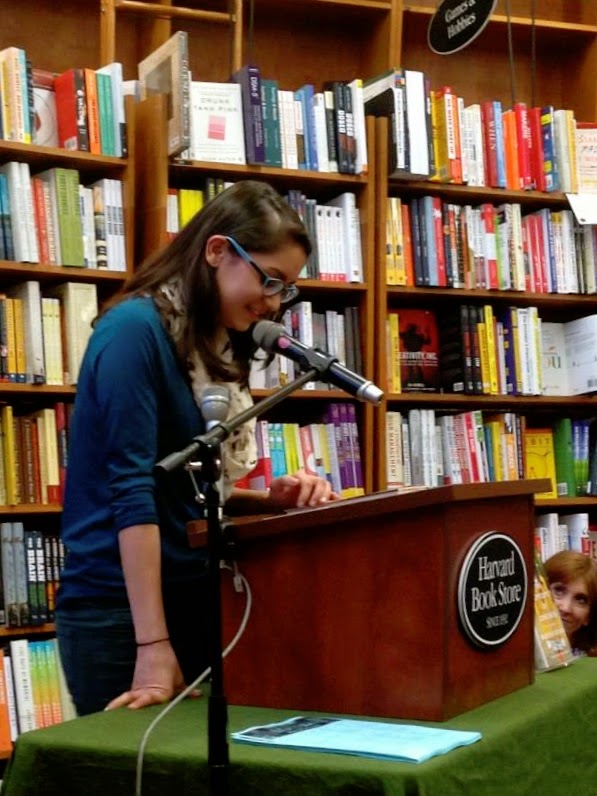 But what struck my closest friends, the ones who stayed on after the event to hug me and meet the Keegan family, was how something like this can bring people together. Not just the death of a brilliant young person, but the celebration of genius after it is gone, and how we come together to appreciate beauty with every ounce of ourselves after we have been re-alerted of its existence and once it seems later than we would have liked. There was more energy in the cramped back room of that bookstore than at a concert, and more love among those strangers than at a family reunion. I assured one friend who pointed out this ineffable feeling that Marina Keegan had the ability to bring people together in this way throughout her life. To make people slow down and savor the very moment they were living, not because they might not have a tomorrow but just because it was beautiful and precious regardless.

Sometimes we forget that. I know I personally ooze with admiration and affection for a lot of people who might not know it. Sometimes we're too busy living our lives to appreciate our lives themselves, or the fact that we have the people we do around us. It's a tricky concept to articulate and it's nothing new but just in that moment it hit us: we need to have gatherings like this while people are still around. I've scoured my inbox for correspondences I had with Marina and today, every email I have from her is something I treasure. I'm so happy I had the chance to tell her what her writing does for me and she had the chance to respond. If I hadn't, I'd regret it. 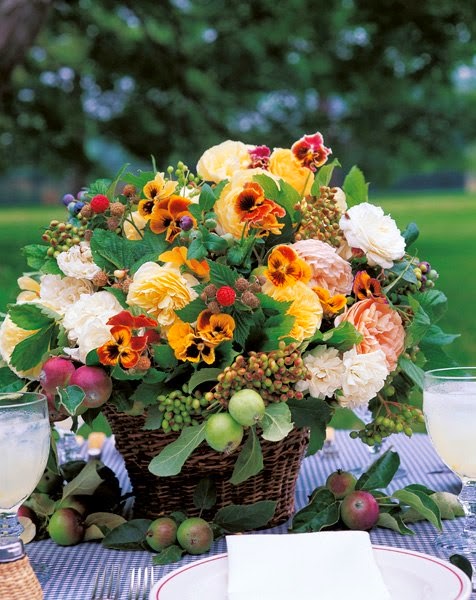 After my grandfather died, each member of my family went to the florist together and bought a bright bouquet to commemorate his birthday the following year. We walked into the dining room in our house in India and handed them to my grandmother one by one until the table was covered in color. We sat around that afternoon and told stories about his jokes, his songs, and his funny habits. I couldn't help but wonder why we never celebrated his birthday that way when he was around.

After the reading on Friday my best friend and I decided this is what birthdays (and all days!) should be about -- truly, profoundly celebrating life. We're all quirky little packages bursting with passions and perspectives and eccentricities and inside jokes with ourselves, and we love that about the people we love. I just think we should take the time to celebrate that more while we have each other around. So I for one am going to eulogize my friends while they're alive. 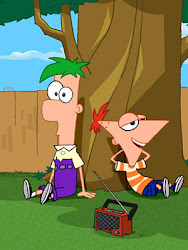 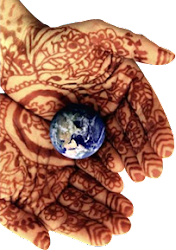